Finally, it’s Season of summer.Hot Scorching sun ablaze across India. This is the moment traditionally cola brands fight for their slice of customer pie.
But summer of 2018 has been different. As customers across are getting more health conscious and shifting to healthier options, the Cola wars have given way to Juice wars this time around.

Juices category is a 2500 crore category in India growing at 25 % YOY. ITC is a relatively new entrant entering the segment in 2015 when it acquired B Natural.The category is led by Dabur at 55.4 % with its Real brand followed by Pepsico’s Tropicana.

ITC came out with a classical ambush marketing with full-page advertisements in national dailies and in electronic and social media with direct reference to Pepsico India’s Tropicana and Dabur’s Real.They also started a hashtag #SayNoToConcentrate to promote the product.

Speaking of same, ITC foods divisional chief executive Hemant Malik said this campaign is aimed at “changing the way fruit juices are made in India”. “Most packaged fruit beverages today are made from fruit concentrates, which are diluted with water during preparation,” he said. “We have extended personal invitations to industry stalwarts to join B Natural’s pledge to make Indian fruit juices concentrate free,” Malik said.

@bnaturaljuices #LetsBReal, Real Juices are made of either Processed Pulp, Fruit Puree, Fruit Concentrates, or combination of all. But the biggest problem is not adding enough “Fruit” to your “Fruit Juices”. Please look into that! pic.twitter.com/ojjZRBTwoB

As per Mayank Kumar, Marketing head, Foods Dabur
“This is a gimmick aimed at spreading misinformation that fruit concentrates are unhealthy and not made from fruits, which is an utter lie. The way ITC is depicting their juice as freshly extracted and packed for sale, which again is a complete lie. Their juices are also made from fruit pulp that is extracted from fruits, heat processed and then stored at cold storages, before packing in a Tetra Pak in a similar process as employed by every company,”

Tropicana created a new hashtag of its own #ConcentrateOnTheFacts to drive consumer awareness that there isn’t any proven nutritional difference between concentrates & nonconcentrates.

. @bnaturaljuices Not to forget, the fruit in our juices isn’t just natural but also majorly sourced from our very own Indian farmers #ConcentrateOnTheFacts pic.twitter.com/OYPQQbNWcb

. @bnaturaljuices Oh and while we were at it, we have been addressing important nutritional gaps with our Essentials range, since 2016 #ConcentrateOnTheFacts pic.twitter.com/Bui6jTZyW7

. @bnaturaljuices And concentrated juice is made of real fruits, you should know – check your label👇👇#ConcentrateOnTheFacts pic.twitter.com/fLyfAhpqtB

Thanks for the invite @bnaturaljuices Glad to see more people following in our footsteps. But first, let’s #ConcentrateOnTheFacts https://t.co/gW7H14MkGT pic.twitter.com/3hq6zaPKvm

Final Word: Pepsico India has initiated legal action against ITC in the Delhi High Court. Hon’ble High Court has directed ITC to suspend the advertising campaign, and remove all references to the Tropicana brand as well as #SayNoToConcentrate, as it is derogatory to the category of concentrate juices. ITC has been asked to take steps for removal of their campaign from all hoardings, electronic media and print media.

You can refer to other such interesting ambush marketing examples here 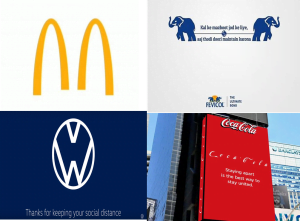