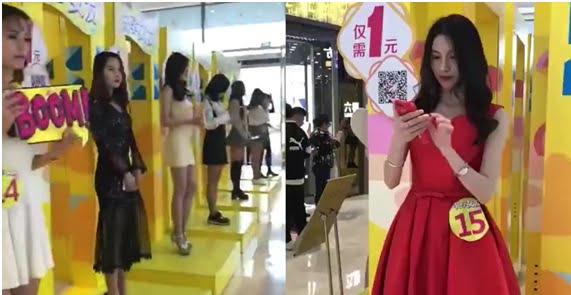 Vitality City shopping complex in Heyuan City has come up with an innovative offer to improve walk-ins.They are offering-girlfriends for rent. The young models can be borrowed for just 11p for 20 minutes and can be returned if the customer is not entirely satisfied.

15 women were standing on podiums in the entrance of the Vitality City shopping complex in Heyuan City in southern China .Crowds of shoppers were offered the chance to pick a ‘girlfriend’ of their choice for just 1 RMB – equivalent to 11p – for 20 minutes, with willing takers only needing to scan a QR code on their phones to pay the fee. Those not wishing to renew the rental after 20 minutes, would mean the models would simply return to the podium to await the next offer.

The shopping centre, which claims the event  shook up the whole city, said the women could keep shoppers company and can even hold their bags if they pleased.

This marketing ploy copies one tried during Christmas time last year by a shopping mall in Hainan which offered boyfriends for rent. Customers had to pay only 1 yuan for 1 hour of shopping with the ideal boyfriend — one who would help you shop, carry around your bags, and even pretend not to be bored out of his mind. 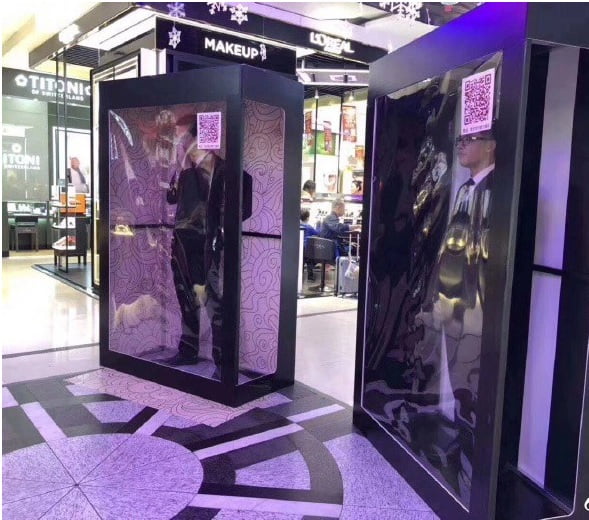 However, once outside their box, no touching was allowed. 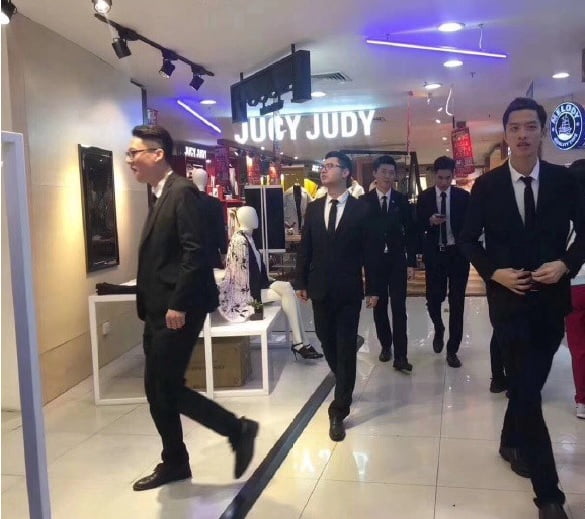 While that scheme was  quite successful, it appears that “shareable girlfriends” are less of a hit. Of the 15 young woman on offer at the mall, more than half of them are shown in the clip standing and checking their phones, with no willing customers stepping forward.

There are speculations that men may feel too awkward to “rent a girlfriend” in public, and aren’t likely to go shopping on their own anyway.

Along with shareable girlfriends and boyfriends, China’s sharing economy has recently seen the rise of a vast number of startups, including those offering shareable bicycles, umbrellas, luxury cars,wheelchairs and what not

Most infamously, last September, one app tried to a launch a shareable sex doll service, which was taken off by government.